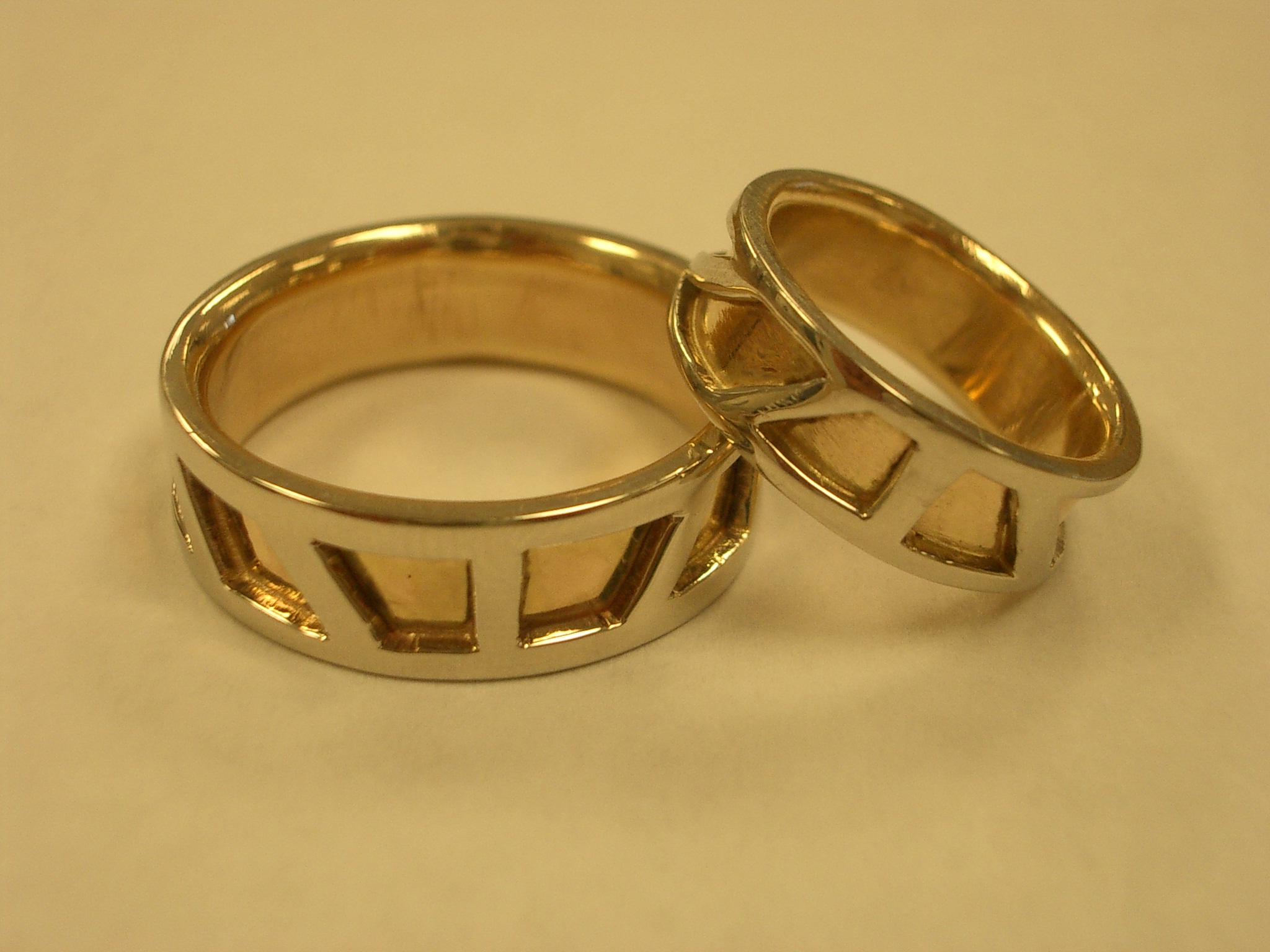 What is a wedding ring?

all? What is the history of the wedding ring? Who started this tradition and why? Why do our generations follow these customs with no idea of its origin?

These are all questions that nobody seems to ask! Although these same people still drop bundles of cash on that special ring for that special someone in hopes that their special person might wear this special ring so everyone knows that they are forever special to someone! (phew) To most, this fully outlines their complete knowledge of the wedding ring. What they unfortunately don’t know, is that the wedding ring isÂ  lavish and rich with history and tradition, devotion and matrimony,Â  ancient ceremony and endless partnership.

It is recorded that the first civilization to incorporate the wedding ring into the bond between two, was in existence over 5,000 years ago in Egypt! The Egyptians created rings of grass, hemp or other natural materials and wove it into either a ring or a bracelet. It is said that the same grass was also woven around the woman’s ankles, binding her feet together to keep her soul from escaping her body during the marriage ceremony. Those wealthier were found buried with rings made of fine silver or gold wire around their finger. The ring was always a circle, symbolizing endlessness and eternity, while the space in the middle symbolized a gateway to another phase or place unknown.

It is said that only the fourth finger on the left hand contains a vein leading directly to the heart. This vein to the heart has helped this tradition live on for centuries, the vena amoris, meaning the “vein of love”.

A simple grass ring, later transformed into longer lasting, more durable materials,Â  from wood to leather to iron to the eventual gold. The Irish, within their folklore decided it was bad luck to wear a ring made out of anything other than gold, and in fact made it illegal! The Romans made wedding rings of iron to symbolize the strength and fortitude of the couple’s shared love. Sometimes they would carve the image of a key in the ring to symbolize that half of the groom’s possessions were now available as well to the bride. In some Asian countries a royal style of “puzzle ring” was created to mark each wife of a sheik or sultan. It was generally made of many components fitting together in a very specific wayÂ purposelyÂ unknown to the bride.

If the bride removed her ring, it would then fall into pieces and she would be unable to put it back together, giving her husband reason to believe she has been disloyal.

You may have noticed, that I have only made mention of a bride wearing a wedding ring. That’s because men have only very recently started adorning their left handed fourth finger. Perhaps in earlier times, a man’s independence and sexual dominance kept him from being expected to wear a wedding ring. Men in America did not begin wearing wedding bands until world war II. The soldiers began wearingÂ  simple gold wedding bands to remind them of their loving wives back at home. Men’s wedding bands were mostly only worn by military men, although became widely popular among the rest of the male population shortly after the Korean war.

Through the ages and all across the world, the tradition of the wedding ring somehow morphed and adjusted from simple blades of grass, into the modern flashy diamond filled platinum weights of financial bankruptcy. How did we make such a jump, from extreme simplicity with enormous emotional and heartfelt backing; to “the more money you put into the ring, the greater the love?”

We can thank the Archduke of HammondÂ  for helping diamond encrusted wedding bands go viral. In Austria in 1477, he gave a glorious diamond ring to Mary of Burgundy when diamonds were extremely rare and only royalty were able to obtain them. Although it was mot likely not the first diamond ring ever given, it was made the most public, thus starting a trend among the wealthy. Diamonds became such a commodity that the successful quest for mines allowed the diamond prices to become more affordable. The diamond engagement ring became well known and prevalent during the 1800’s. Diamonds are the hardest material on earth, denoting their timeless radiance and indestructible symbol of a love to last forever.

In our more modern times, we have begun to stray from our ancient traditions, much like we have evolved from a ring made from a shiny blade of grass. The natural cycle of the wedding ring has lead us into a culture where a wedding ring can be tattooed around the married couple’s ring fingers. Some wear rings with colorful gemstones or rings made of titanium and tungsten steel.Â  We also have the choice to wear no ring at all, and find happiness in the promise of marriage.

(To learn how to discover your ring size, or your lover’s ring size, readÂ How To Find Your Ring Size)